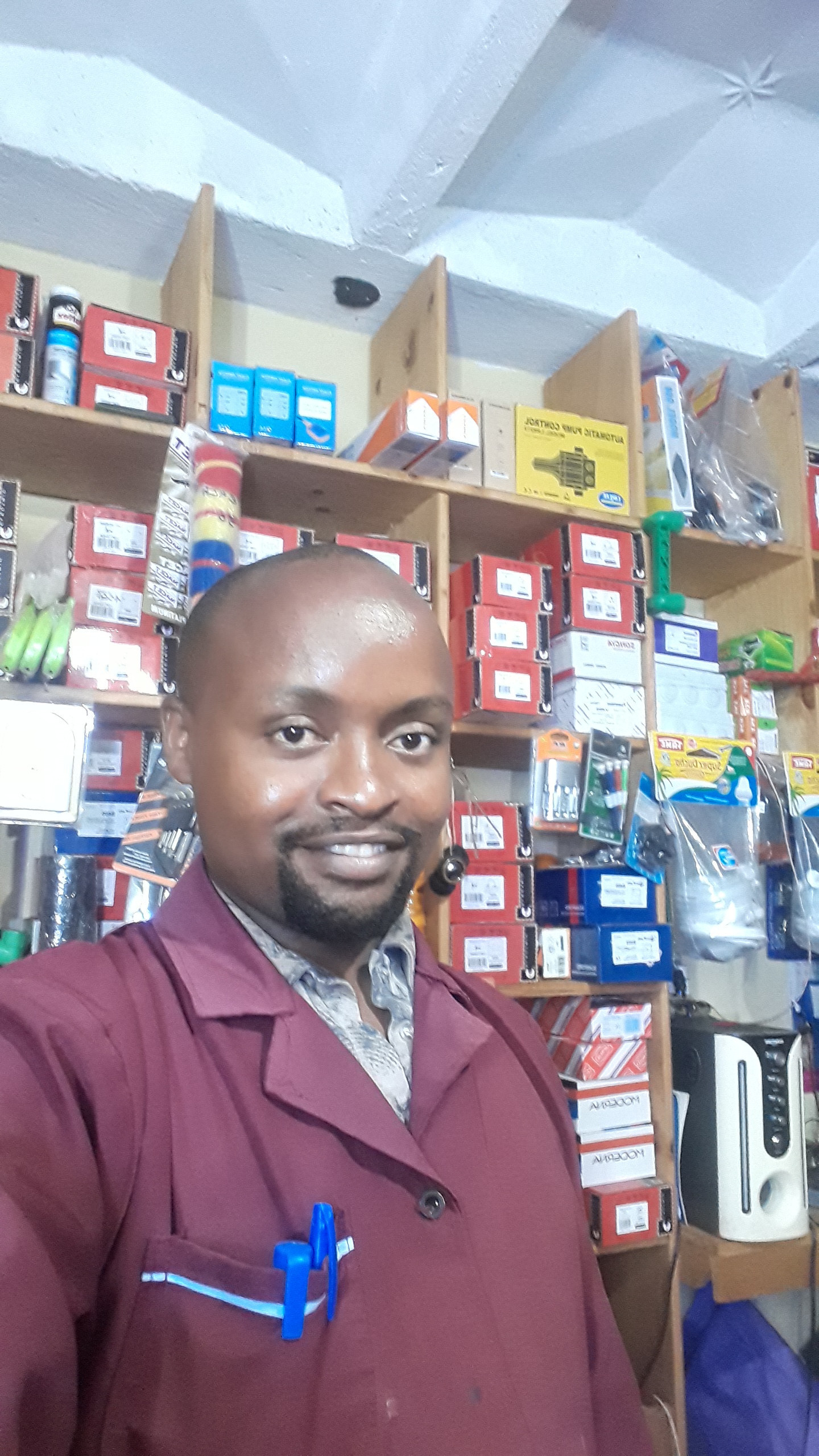 I am the second born son in a family of four. My younger two siblings are girls whom we used to cook for with my older brother as our parents went to work.
I was brought up in a tiny village Central Kenya, Mount Kenya region.I started basic education in a local school and cotinued to primary education. As young boys i recall as we went swimming in a river that flows down deep ridges and our parents got worried very much.
Later i went to Thika town for my secondary education at Thika High School.
Later i went to study Aircraft Maintenance course in our city Nairobi at Wilson Airport and got a certificate in engine & airframe.While there i also studied Electrical science. I got employment in a local maintenance firm that later collapsed. From there i started vending fresh vegetables at Wangige Market near our city Nairobi.
At Nairobi life wasn't easy at all. At some point i decided to live in the slums because good rooms were so expensive to rent. So i moved to Dandora slums. I even went a step further to walking half distance to work and half by bus to save some cash.
In early year 2015 i felt it was time to be an entrepreneur because i was still struggling for my needs. I had enough skills so retreated back to the village where my Mum gave me a small room to establish a workshop at home. Life was so hard trying to establish myself until ZIDISHA came to my rescue where i got a loan to rent a big workshop in our local shopping center where i have grown steadly. Thanks to all Lenders.
Every year i pay 70 USD to our local county authority for business licence and a monthly rent of 70 USD. I also pay 170 USD per week to wages of my employees.
I do re-invest my profits in my business, support to my parents and my siblings,also community projects contributions and also buying construction materials for a rental house i keep on developing and adding more units. I also support two elderly women who are about 100 yrs old by visiting them regularly. Of late am also supporting an old Man, a war Veteran through food stuff. I love caring for the needy.

My loan application comes at a time that the world is facing the containment of the covid 19 virus. During this time our capital city and various regions of Kenya are under restricted movement including my county of residence and business.
We are doing business as usual although we are not allowed to go beyond the bourders of our county. Here in central Kenya we are putting all protective measures as laid down by the government.
With the loan i will do inventories on my Electrical shop supplies, portable handwashing equipments,disinfectants, and protective masks. I have put a section in my Electrical shop to supply my community with those added protective equipments because i have learnt that most people are lacking these supplies near them because the public transport system has almost been stopped by the authorities in central Kenya. Stocking these additional items in my business will not only help the community get them easily but also help curb the spread of the virus in our villages.
My electrical shop and repair work business is doing very well owing to the fact that many people are spending at home since no much movements, therefore am doing much services and maintenances. By addind the sale of protective equipments i will boost my business income as well.
I predict my business profit will increase by KHS 3000 per week.

It is true many businesses are not able to operate due to the covid 19 outbreak. As a result many people are at home. In my community and area of my business majority of people are Avocado farmers and also do dairy farming. Their products are still being supplied to the markets and there is cash flow. Many kids being at home they are being kept calm by television entertainments and therefore am doing more servicing , maintenances and a number of installations every week.
Am also comfortable taking the loan because i have also been doing a little poultry keeping business at home which earn me extra money as a side business. On top I have a room in my home compound that i lent out.