Materials to make my own power generator 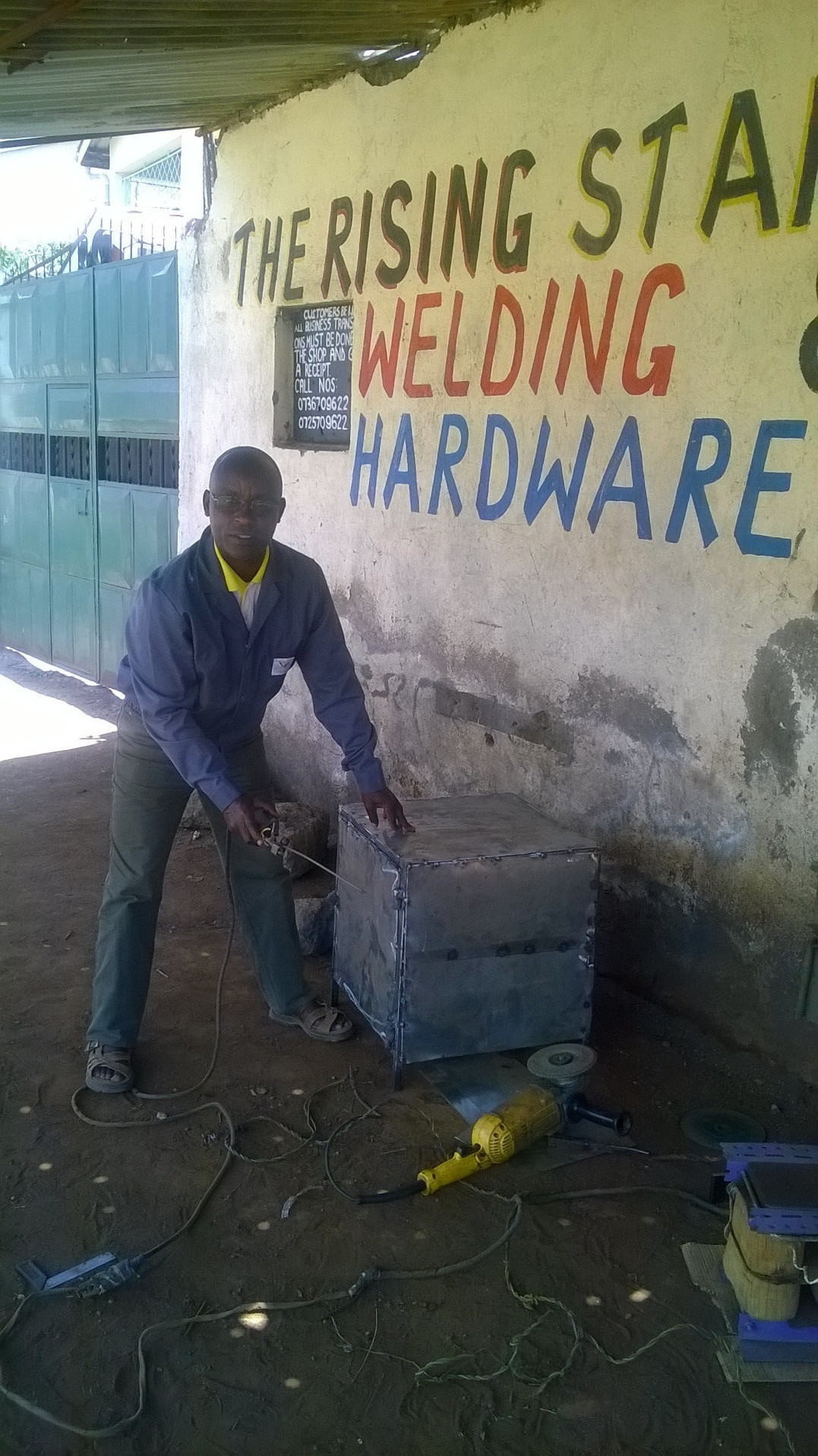 I went to school at mission schools where we were trained to be self reliant and disciplined in life. I took things the way they came and that way I managed to complete my high school and joined a technical teacher training college. I was a teacher for more than ten years before deciding to be on my own.
I can say that I have been blessed because all of my three children have gone through the university and are working.
I love to help the less fortunate in life so that they can have something that they are doing to change their lives for the better.

I own a metal workshop where I make wrought iron gates, doors, grills and windows which are in great demand due to the construction work going on around my place. I may say that I trained as young boy to do welding and motor vehicle mechanics but I saw that there is less hassle in welding. The business has grown and now I have started a hardware shop for selling the materials that are needed for welding. My customers are the welders who near my location.
I have started repairing angle grinders and arc welding machines which are giving me an extra income.

I have had a lot of trouble keeping up with the frequency of eletricity outage and I am tired of blackout . I have done some research and I have the knowledge to make my own generator which will give reliable electricity without using fuel.
I will need a permanent magnet generator with a capacity of 5kw for Kes30,000/ ; a 3HP single phase motor for Kes10,000/ ; a flywheel 10,000/; belts ,switches, wires, and mounting stand for about Kes10,000/. I will also need money other uses which may arise since this something that I have not done before.
I am certain that I will succeed and all what is needed is the funding.

Ask Osmond a question about this loan project, share news and photos of your own, or send a simple note of thanks or inspiration.