Loan to expand my grocery store 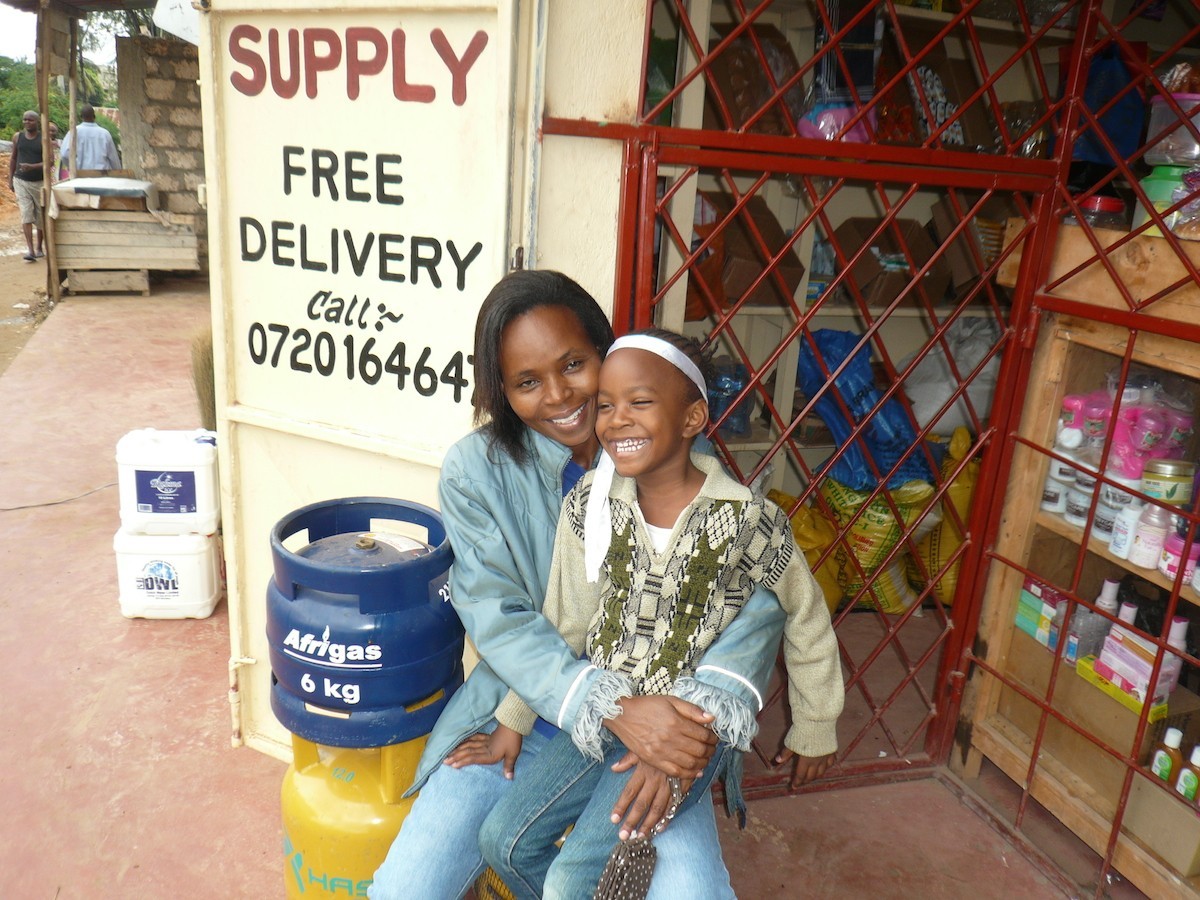 My name is Esther Wanjiru and Kenyan citizen. I am a teacher of English and English literature. I am a second born in a family of five. I was born in Kiambu county Kenya where I went through my primary school education then secondary school. I later joined Kenyatta University where I took a course in Bachelor of Arts and later a post graduate diploma in Education. I later got employed as a teacher and posted to Mombasa County where I am still teaching.
I am a mother of two young children.

I started a business in 2010 to supplement my salary since I had difficulties in meeting my many expenses such as rent, school fees for my children, transport e and also helping out my ageing parents back home. I run a general shop where I sell common household items like flour, soap, sugar etc. I also sell cooking gas in cylinders. I also started a money transfer business (M-pesa) within the same establishment. I rely on two workers to run the business since I spend most of time in school where I work.
I am a go-getter, focused and very ambitious woman. I believe in integrity and hard work.

As stated above, I run a three in one business – the main one being the shop where there is a steady flow of shoppers who buy goods worth anything from $0.5 to $20 per shopper. I also sell gas cylinders in quantities of 3kg and 13kg at a retail price of $7 and $26 respectively. I also do a money transfer business (called M-Pesa locally) where I serve about 60 clients daily.
The three departments give me a net profit of about $650 per month – after paying the rent, other bills and salaries.
My business requires heavy investment for buying stock especially the gas section. I sometimes fail to cope with the demand of the gas cylinders since my stock gets depleted very fast especially during the end-month when most workers get paid. I have decided to join Zidisha to access credit which will enable me to build up my stock as this will bring satisfaction to my customers.

Ever since I borrowed my first loan with Zidisha, my business has grown by leaps and bounds. This unprecedented growth has come with some challenges. The space where I run my grocery business is now too small due to increased volumes of sale items. Fortunately, my neighbour who runs a similar business has opted to retire and he has offered to let his premises to me.

The budget for occupying this bigger space is as shown
1. Goodwill $300( it is a common practice in Kenya to compensate the previous occupier for building a client base who presumably will continue patronizing the business)
2. Fittings and branding $350
3. Enhanced security – grill doors and quality locks $300
4. Purchase of an extra refrigerator $300

All these items are crucial for the success of my ambitious venture. I also intend to hire an extra worker to cope with the anticipated increased sales volumes. I humbly request you lenders to support me in this continuing success story. Thank you.