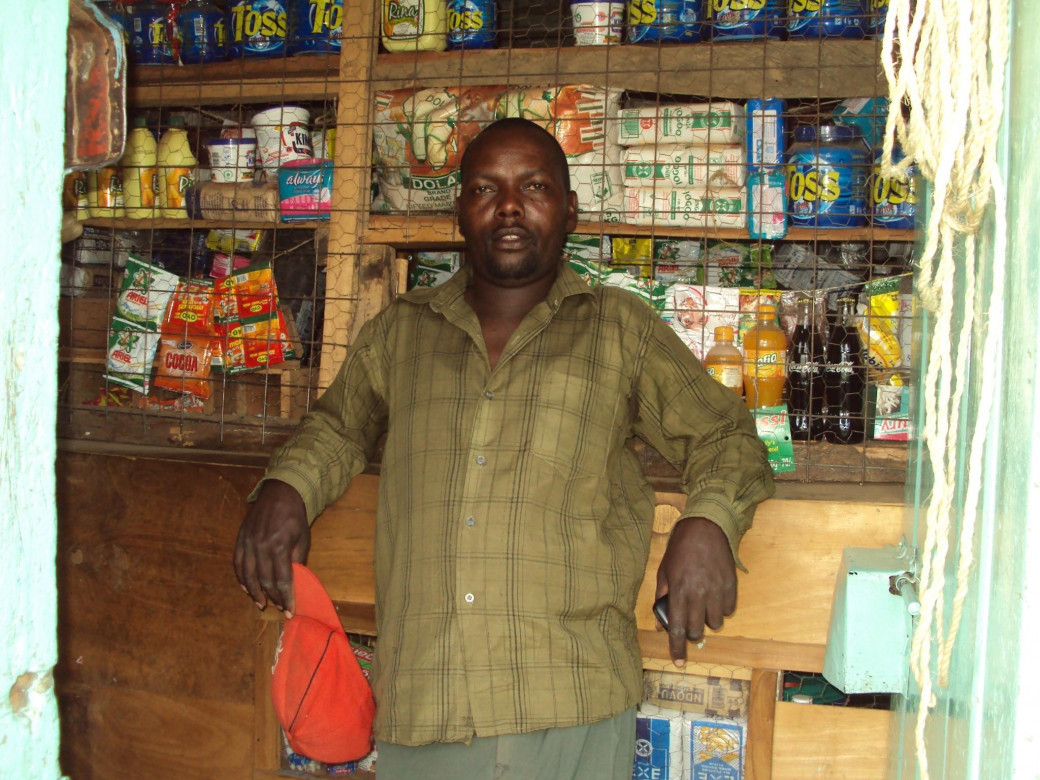 Maize and beans for my ceareal shop

i am a husband of one wife and three children , two are schooling and the third is one year old. i live in kiptagwanyi center plot no 112. in this plot is where i have a shop trade name [ wa-gathoni shop]the shop is near chief kiptagwanyi camp, and also near riricua water project and kiptagwanyi hall.along munanda -jongoo road..kiptagwanyi is about 43 kilometer from nakuru which is the major town where i collect things to sell in my shop, also kiptagwanyi is the major town in this elementaita location.

my business entail in general item which is used in homes by people like salt flour, fat and other thing. also last year 2014 i added another business of cereal for my customers as now there is hunger in our area so that people can get maize as it is a stample food in this area the business help many old people who many are my neighbor in the plot where i am situated. my shop is very well known by every body because it is the lowest in price of commodity, so many people prefer my shop and also it is in the end from the center that made many people to prefer buying thing when returning home so no body know what somebody have bought, like woman don't like seen shopping by people like when buying wheat flour and also bread. the business is profitable, the main challenge is high price of commodity when buying from the wholesaler,poor road in this area like when there is rain ,high cost of living like to this old people who have no body to care for them only God and the well wishers.

happy new year all zidisha family,first i thank you all lenders for the last loan that you gave me all this time,i hope we have come far from the first to this sixth loan,also i thank zidisha organization and it group manager julia kurna for facilitation to be a workable micro-finance. in this loan i want to add stock of maize,beans,rice,peas to my cereal shop so that ,i can feed the near family who are starving because of the drought that have hit this area,i will get some of the item as far as busia county,the people will benefit as i will sell in a low price than other trader around because i know what thy are going through in this tough time of hunger,so i will make money only to pay my loan and sustain my business.i am expecting you to fund me as you wish,knowing that this family is suffering.thanks