To add more stock of clothing in my shop 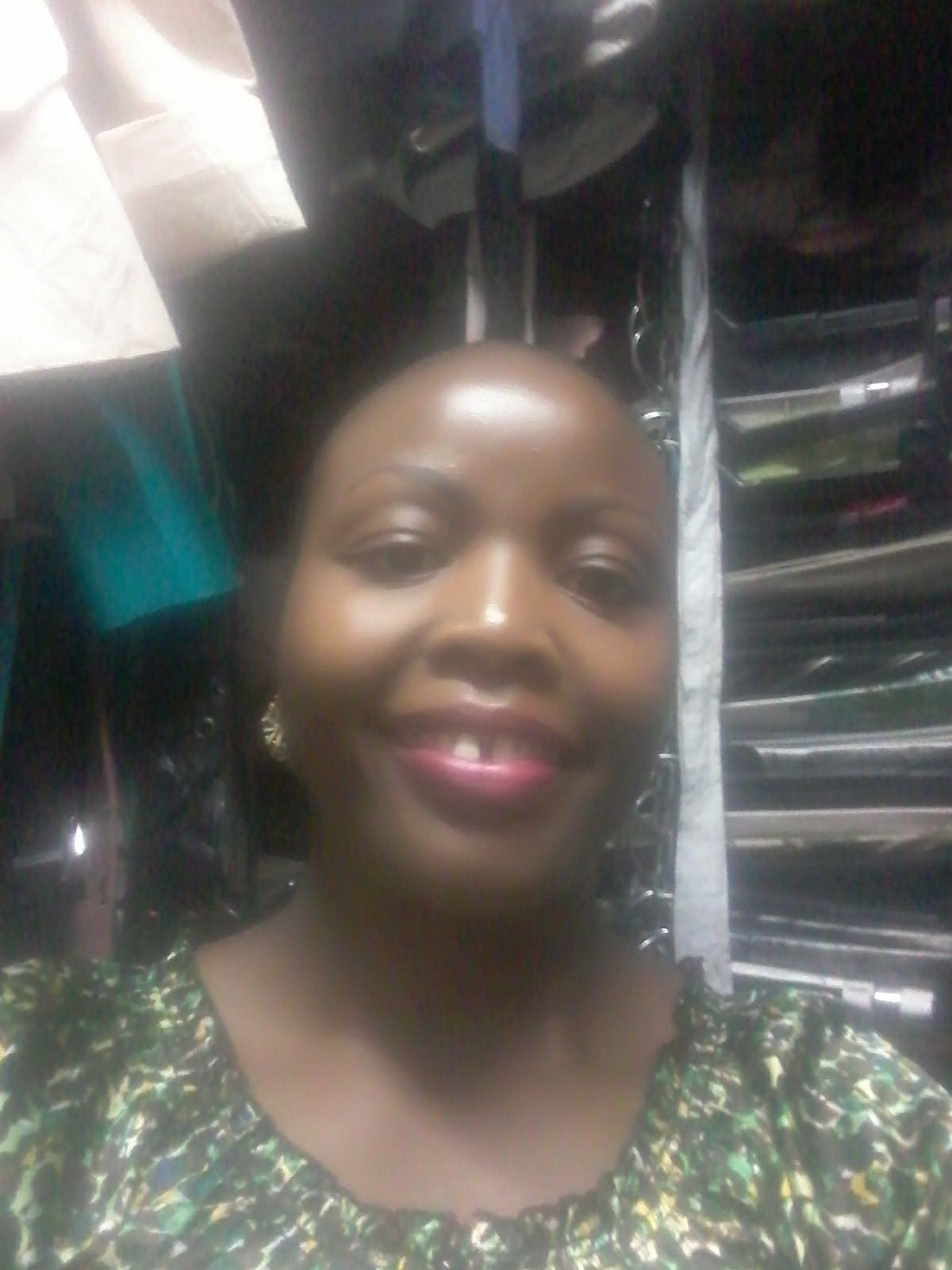 My name is Esther Nyadiri Kuria, I was born on 26th may 1982 at Nakuru in nakuru county being the first born in a family of 4. I joined St Xavier’s primary school for my basic education up to standard 8.after sitting for my final exam I did well and joined Moi forces academy, a high school which is a national school. After school I joined rift valley institute for a secretarial course for two years. I was later employed by a metal factory in Nairobi as a secretary where I worked for 6 years. I decided to quit and start self employment. With my little savings I settled on a business of buying and selling carefully selected second hand clothes. I started this kind of business after i realized I could not get good money to improve my livelihood in employment. I look forward to be a zidisha member.

I relocated to the city of Nairobi in the year,2009 I ventured into business of selling carefully selected second hand clothes which is commonly known as "camera" here in Kenya, I usually wake up at 4 o’clock in the morning to go to the market of Gikomba so that I may catch up with the retailers who open up the second hand clothes bales where I select the clothes that looks like new ones and are matching the current fashion. After selecting them I take them straight for ironing to look good and nit. The ironing is usually done at fee. By 9 o’clock everyday the clothes are ready for sale. I sell my clothes from a stall located at Mfagano Street outside sunbeam supermarket. I decided this location because I target the shoppers who come to the supermarket. Nairobi is a very busy city which makes my business a thriving one. Most people prefer to buy clothes from me because they are cheaper than those of my competitors. On a good day I am able to get a turnover of USD$ 60 to 100 which gives me a profit of USD$ 40. Out of this I pay USD$ 3 to the local government as my everyday’s rent to my stall. I also spend another USD$8 for my everyday travel and food that means I am left with about USD$ 25 as my profit. This money helps me to pay my house rent which is approx USD$ 120 and a further USD$ 50 to my bills. There a number of challenges that I encounter but the major one is luck of enough capital to stock more varieties of clothes to suit the ever increasing demand. I believe with zidisha plat form I will be able to overcome the same.

Thanks to all my lenders for your continued support, my business is now doing well through your helping hand. i have been able to increase my stock three fold. for this loan i am proposing to add more stock of clothing in my shop, i am intending to spend US$ 200 to buy new cloths, i will also spend another US$200 on carefully selected second hand cloths, the remaining US$100 will go to renovate my shop to have a better show case for my merchandise. this will help me in attracting more business as we head towards this years Christmas shopping spree. to look forward to your generous contribution towards filling my Bids. Thanks.