Open another branch of my phone shop and hire 2 employees 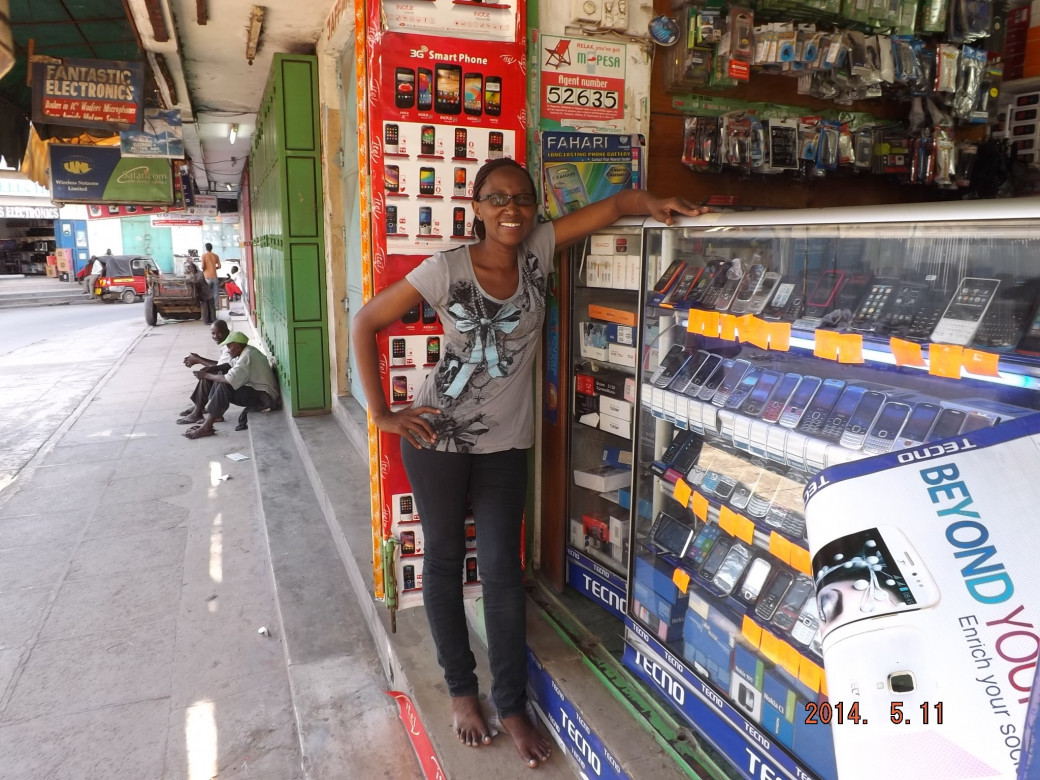 I am a business lady doing business in Mombasa town. I am a single mother of 2 siblings aged 18 and 21 years old both in college. I was born in Laikipia county in Rift Valley province and later relocated to Mombasa in search of greener pastures.
After completing my o level ,i joined Nairobi University where i studied Business and computer studies in the year 2000.
I am the first born in a family of six. I am hardworking, honest and ambitious person. Given this chance (credit) I will be able to take my business to even greater heights.Besides i do spare sometimes to let people know about their rights, we started an NGO in the name of Christian for human rights (CFHCR) which is self sponsored catering for people in prison ,children's home and vulnerable.Am the VICE CHAIRPERSON of the organization.

My business is located in Mombasa in the central business district. It deals with sale of mobile phones and M-PESA its a money transfer and receiving of money commonly used here in my country KENYA. These two products were introduced in Kenya just about 10 years ago and they have been accepted by all types of people. This is what made me get into this business so as to address the needs of the local community as well as making a living out of it.

I have been able to make good progress in this business and I have managed to take my children through their education and other needs though the profit I make. I am optimistic that the growth curve will continue upwards since the demand is still growing rapidly.

My field of selling mobile phones has a cut-throat competition. For one to survive and thrive in this area, one needs to be ever innovative so as to remain ahead of competition. For this reason, I want to buy a tent, tables and chairs so that I can sell the phones to outdoor customers while still doing the conventional sales at my phone shop. This will require that I hire two employees to attend to these outdoor customers. I will be pitching the tent in areas which have large populations like in bus stations, sports stadiums and trade fairs.

The tent, chairs and the tables will cost me around USD 800. I will use a further USD 300 to hire two employees and USD 250 for permit fees. I will use the balance to buy more stock as I anticipate a surge in demand due to this new method of marketing. I expect my sales volumes to increase between 50 – 70% once I implement this plan.

Thank you for reading my proposal and kindly consider funding this project.