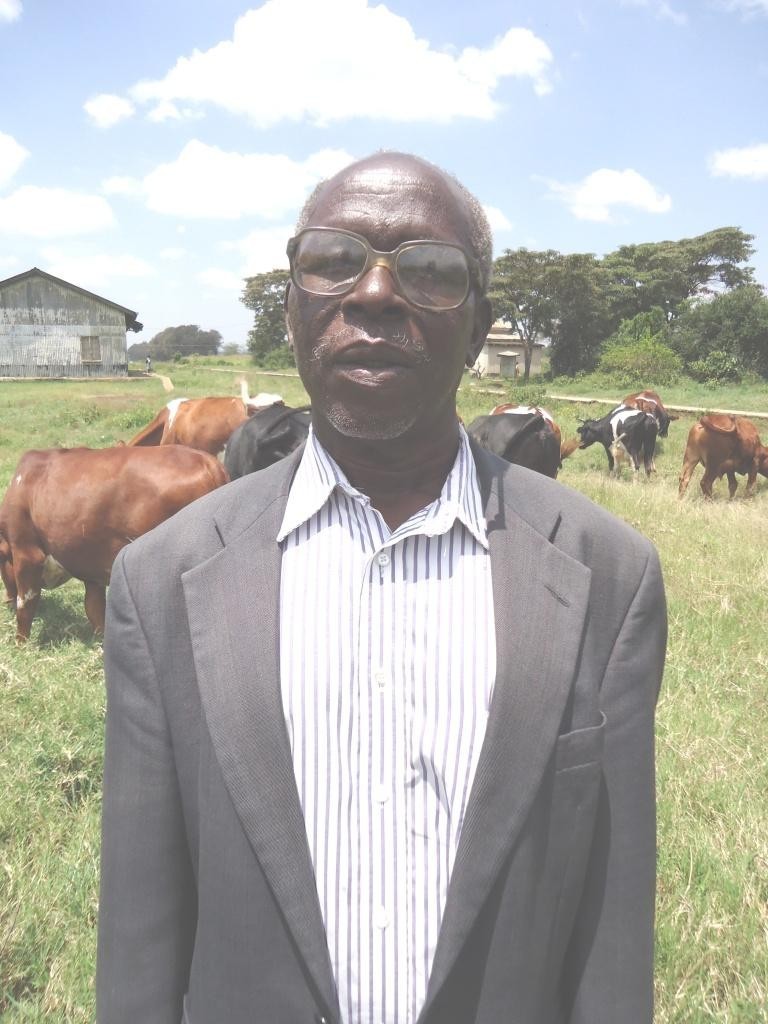 I am 56 years of age married with 4 hardworking boys. My parents managed to educate me up to form four.During my time in school i liked football and debate and i was looking to contest for a civic or parliamentary seat but my vision was overtaken by business. I joined the business world with a small retail shop. I do live in Rongai, Kimangu farm where I bought a piece of land. It is about 4 km from Rongai town and opposite Kimangu primary school. I do live with my dear wife because the boys are adult and has left us to build start their family. Infact now we are as hownwe were when we met for the first time without children. we do enjoy for the what God has done to us.

I started involving myself in business of a retail shop but I saw it is no paying like Dairy farming
I started with a calf which i was given by a friend of mine. By that time the calf was only three days old but i managed to feed it until it reaches four months although it was not all tha easy. After taking care of it it reaches 18 months when it was feed with the good bleed from the A.I. Then it was another time of waiting nine good months. The total period i waited to get milk from my own cow was 27 months. When i started milking, I got visitors asking for milk and i started selling the milk to my neighbours untill i saw the dairy farming being among the best way of investing
The cows are paying because the price of the milk has gone up and the demand is very high in our area. I have enough time of resting because keeping the animals in Zero grazing does not need great struggle. Another thing i have seen the benefit of Zero grazing is that, i do get manure from the animals for my shamba.

First I do appreciate every one who participated in my loan, May God bless you.
I am back again in applying for the loan and I would like to buy another good bleed for I have seen what it produce.The cost of the breed is $ 1000 so I will sell one which is not producing well and add the money to reach my goal. In this farming, I do earn and that's why I managed to pay my loan in good time without the delay. please support me in this loan and I do promise I wont let you down. This time I am sell one litre of milk at kshs 60. imagine what a profit, It will increase my income by 50%