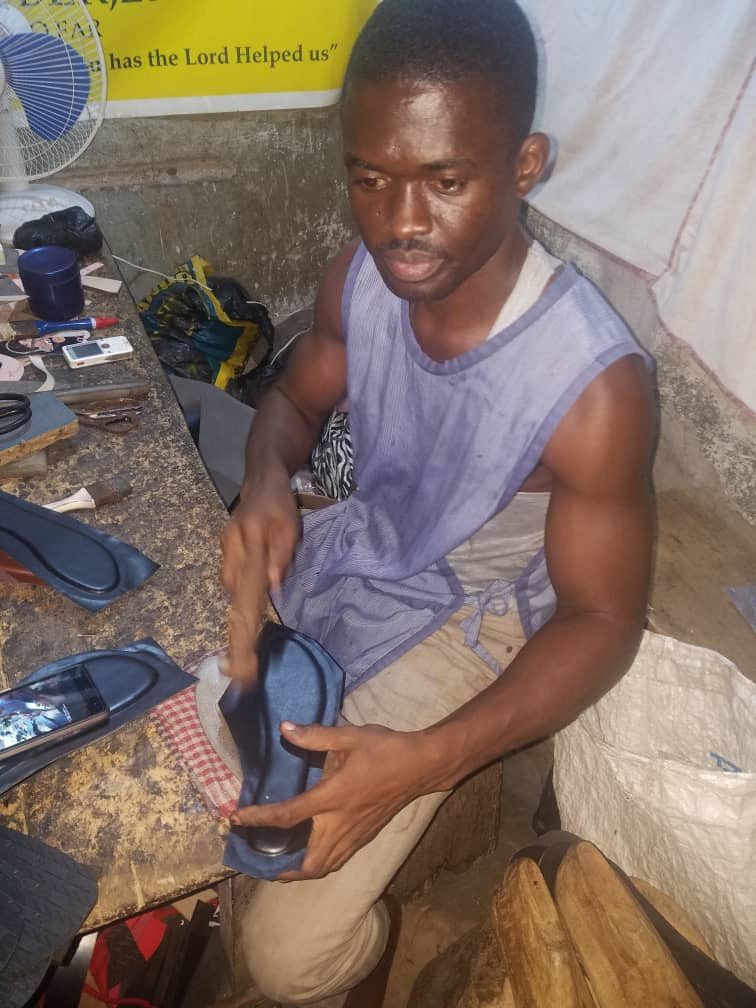 I am Kenneth Isaac Donkor, 36, and footwear manufacturer in Ghana. Due to financial constraints, there's retrogression in my work hence my eagerness to join Zidisha for financial support.

I am into footwear production. I depend mostly on little orders I get from customers which comes seldomly. Sometimes, Bank loans which due to high interest rates doesn't help.

This loan application is aimed at cushioning me in the harsh covid-19 economic system. As financial issues in the current pandemic issue is severed, I wish to acquire this financial support to enable me to upscale production and to plan for other possible diversification resonate with the current pandemic system, as far as it makes business sense. I eagerly look forward to this funding on the benevolence of my able lenders,. Thank you so much.

Although the business atmosphere has been severed by the pandemic, but life still goes on unabated as a new normal, which has it's own blessings in disguise.
As government try to stay the harsh effect of the situation, this enables me to still strive towards making ends meet by transacting business via social media and trans port, which minimizes direct human interaction, hence business is still in progress.

Ask Donkor a question about this loan project, share news and photos of your own, or send a simple note of thanks or inspiration.