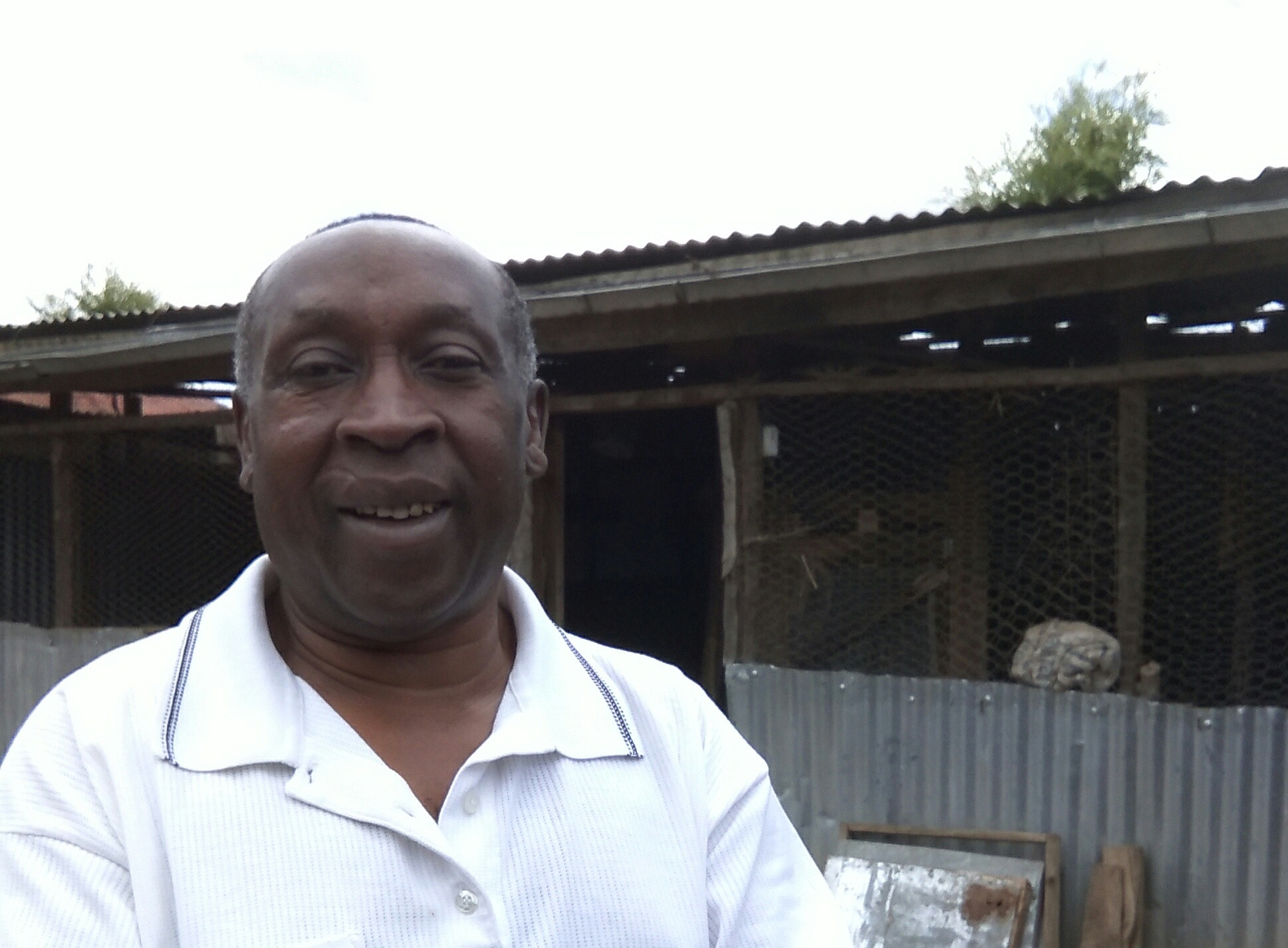 I live in Kiptangwany, Elementaita sub-location, Miti mingi location, Elementaita division of Gilgil district in Nakuru county. My family and I shifted to this area from Kiambu in 1990. We have five children aged between 31 and 39 years. We have all gone beyond high school and we are computer literate. I took up farming as an income generating activity. We grow crops and rear livestock. The income realized caters for domestic expenditure and school fees. The income mainly comes from surplus crop produce and surplus milk.The area is semi arid and rainfall reliability is low. Hence,food production is marginal. The only viable farming is livestock breeding and rearing. Greenhouse farming is now the in thing, though it requires a substantial amount as initial capital. I usually sell my livestock to other farmers and local butchers.I invest any surplus cash in stocks for a rainy day after ploughing back some money in the farm and livestock. I belong to a dairy farmers group where we meet and educate one another on livestock management. We normally invite guest speakers to talk to us on technical issues

I buy young cattle and rear them until they are old enough to be sold to butchers and other farmers. There is demand for meat and butchers are always looking for animals to slaughter. My animals are well fattened before they are sold and butchers are always ready to settle for a price favorable to each of us.The heifers I put up for sale are attractive and appealing to farmers.
I want to diversify to commercial milk production and therefore I intend to buy good milk producing breeds.In this are, unlike in the past, milk has a ready market. Brookside dairies are collecting milk from our area. Before this a lot of milk was going to waste due to lack of market. I am sure I can sell all the milk produced.
I intend to put up a zero-grazing unit so as to manage the animals properly. I also intend to build a bio-gas digester to produce fuel for the family and cut down on costs. I will then re-invest the money I get to expand on livestock rearing and breeding. This will necessitate employment of more farm hands. I also intend to grow grass four hay to feed my animals and sell the surplus to other farmers.

I intend to start a poultry project and start off with 500 day old improved kienyeji chicks. I have constructed a poultry house that can accomodate the said chicks. The loan will be used to buy the chicks, feeds and drugs. Once the hens start laying, the project will be self sustaining.

Ask Njuguna a question about this loan project, share news and photos of your own, or send a simple note of thanks or inspiration.