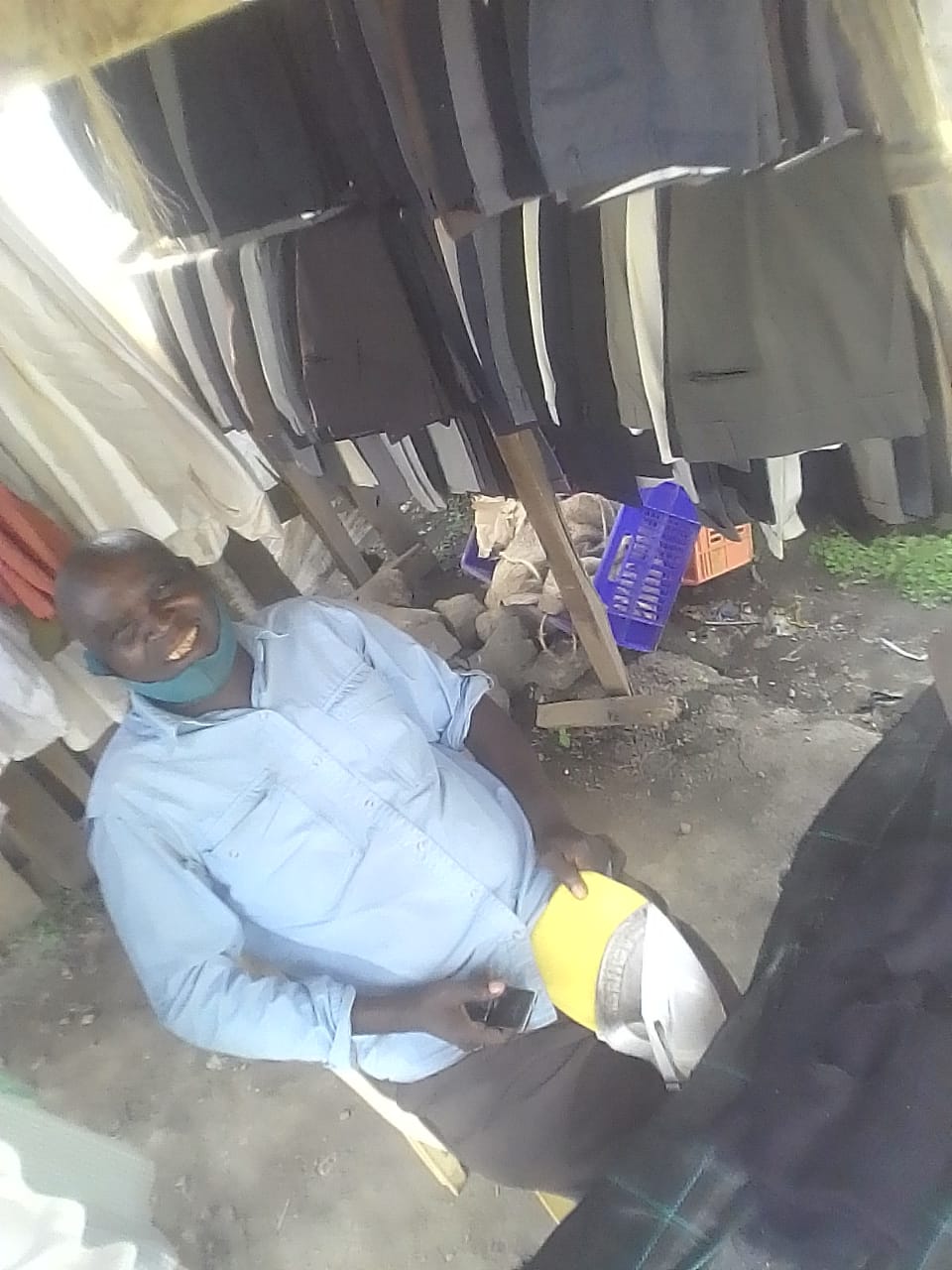 I am 60 years of age married with 6 children, a boy and 5 girls. I reached in class seven of primary education. After school I involve myself in casual labor for quite a long time but finally I managed to start a small business of the famous mutumba( secondhand clothes)business.I also practice farming of maize and beans,where my wife is involved.am doing well with my business all along. i really thank God for the great effort that he has blessed me my business is increasing in size day after the other and all thanks is to zidisha team for there great support.In salgaa all is well with my mitumba business since it has assisted me do well with life time after the other.

My business is selling second hand clothes business. It is in Salgaa town about 35km from Nakuru town on the way to Eldoret. People like second hand clothes because it is cheaper than new ones.I used to negotiate with my costumers very quietly,that is why they like my business.my business is in an open place where people use to pass-bye.Some times i do an offer to my business,by sellingng if a customers buy ten cloth, i will give him/her two handkerchief.My only focus now is to expand the business and ensure that with my that forth and other loans from zidisha makes me grow and not a shame this organization at large.in short my mutumba business is simple,measurable,archievable,reliable and timely.(SMART)

Given that that this the end of year and more so festive season is expected to pick. My business of selling clothes will be much profitable and that is why i need the money to add more stock so satisfy the needs of the customers and meet their tastes and preferences. At the beginning of the year 2020 schools will be opened and i use part of the borrowed amount and the profit made over this season to pay school fees as well as laying foundation to build the plot that i had earlier on bought.